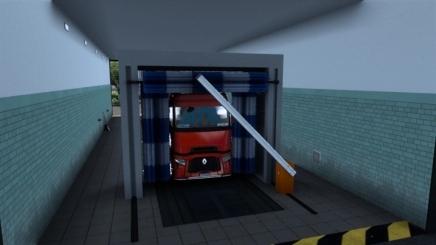 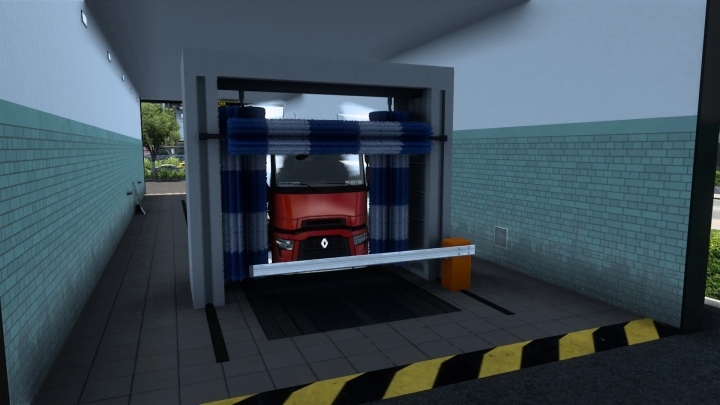 This mod replaces one of the service and repair stations.
The station has been fully rebuild and adds some stuff like workers, parking trucks
and an animated truck washing machine.