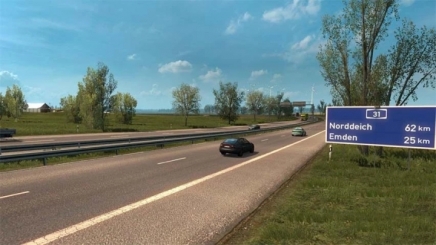 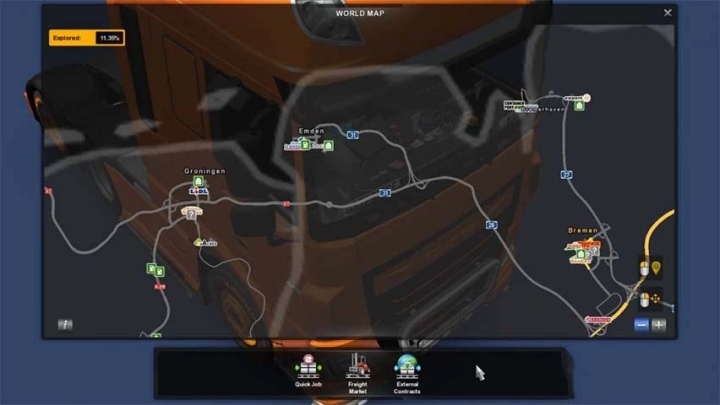 This mod adds the East Frisian city of Emden to ProMods in the north of Germany. It includes 3 companies, a gas station, a garage, a parking spot as well as custom models of major city landmarks. It also fixes and improves parts of the old map around the interchange.