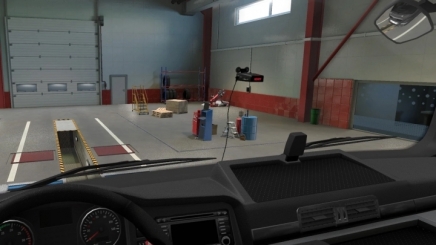 It is installed on the windshield
Several options to choose from
When approaching speed cameras, it warns about the operation of the radar
Police cars are not fined.
Added voice alerts about the passage of terminals
Added a voice warning about an accident
Added voice warning about road works
The standard map and all DLC maps are supported
5 languages are supported: Russian, English, French, Italian, and German

Installation:
Copy the downloaded file to the mod folder and connect it in the mods manager for the Russian version, connect only the RADAR-DETECTOR.scs file.
If you need a different language, connect the corresponding mod above the main one