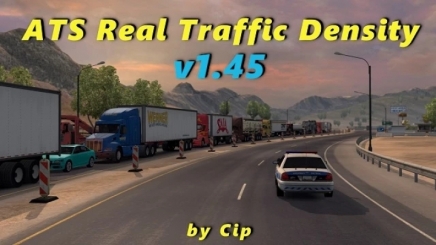 Features:
– Speed limits for existing Ai vehicles are not affected, my mod only changes speed limits for emergency, motorcycles, and sport cars
– The semaphore cycle was improved to match with increased traffic density, including for left turns. Yellow duration after green is also increased, you don’t need an additional mod for this!
– Classic cars and motorcycles can also be seen on country roads with low density and reduced speed
– Ai can overtake on a simple continuous line on 1×1 roads