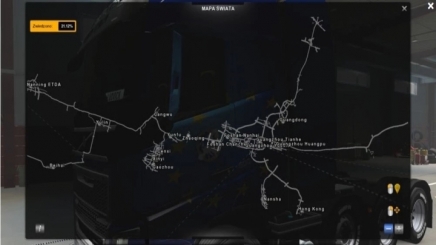 Mod derives from ROC (Roads of Chunghwa) Map by Yakuan and definitely requires it for work (using without makes no sense).