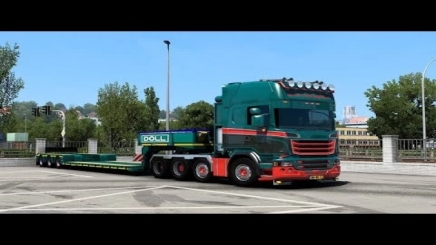 Works two trucks with the old SCS Scania and one with the RJL.
He will soon update the Fred’s Scania with his truck and sound.

This sound mod is based on my DC13 sound mod and I’ve added some exhausts for open pipes.
Sounds on it files.

You only have to choose the 490 hps motor or the 480 on the old R series and you will have the tube sound open.
I want again to thank Harven and Robinicus for the help, found a way to have the turbo air gear sound back on 1. 45 and 1.46.