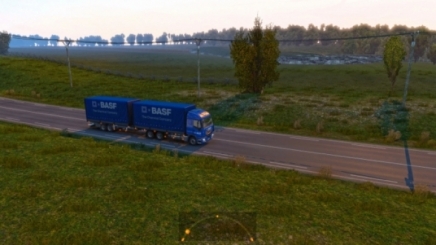 It is adapted to the new version.
Bugs have been fixed in the new version.
The mod adds 40 tandem combinations to traffic with the looks of real companies.
there isn’t any bug.
All independent.
It works on any map.
Compatible with other traffic packages.