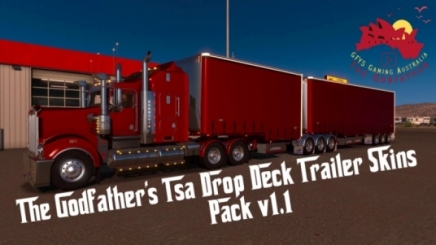 The List of Skins for the TSA Drop Deck Trailers are listed below ones listed (NEW) are ones added to this Update of the pack..

Woolworths 1980’s skin has been removed with this update

More skins will be added on next update..