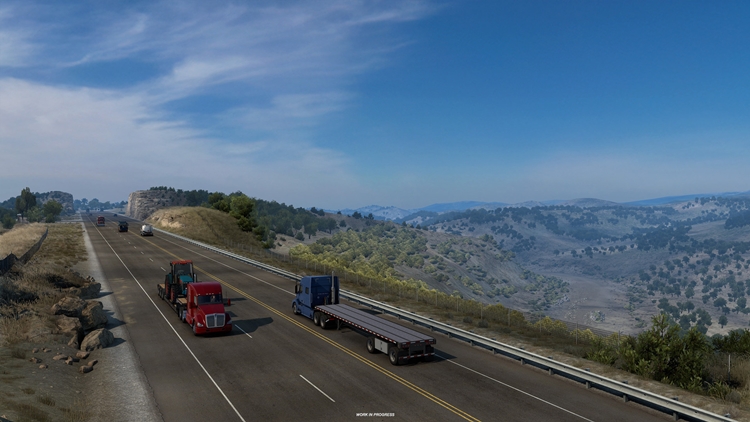 SCS Software, the Czech studio game developer of popular truck simulator series, has announced its next add-on for American Truck Simulator – Texas. This time, players will be able to travel to Texas.

The developers announced that the subject of the next add-on will be Texas, the second most populated state in the USA. It’s one of the top places in America when it comes to the economy, so it’s no surprise that it’s officially in the game. You can expect to see cities like Austin and Houston along the route. Texas will be the game’s 9th expansion.

The state of Texas plays a leading role in 40% of the country’s total cotton production and produces more cotton than all other states in the United States combined. As the cotton fields are around the oil extraction wells, unique landscapes will await us as we drive. At the same time, wind turbines will add extra beauty to the landscape. Ats mods